Lions are one of the most iconic African cats and all guests want to see them while on safari. An encounter with a lion in the wild is definitely worth waiting for. Thanks to guests Claire Rule, Plony Bos and Lisa Van Den Blink for the beautiful photos.

Don't be disappointed when you finally find lions on your safari and all they are doing is sleeping! These African cats love to sleep and can doze for 20 hours a day! Lions are predators and actively hunt for their food so they tend to conserve their energy during the hot daytime temperatures and use the cool nights to do their hunting. This isn't a rule and lions will take any opportunity to snatch a meal. Which Lion Does the Hunting?

On wildlife documentaries you will always see the lionesses hunting and the male lion coming in to eat first. However, lion behaviour isn't always like this and actually depends on a variety of factors including the social structure of the pride, the personalities of the individuals and if there is a mating pair of lions that made the kill. At Kariega the current lion structure is that the males are together in an alliance and the females spend most of their time together. Both groups do their own hunting. Depending on the size, strength and hunting technique of the various lions, they will know which prey they can take down. The males can go for wildlife as big as a giraffe but the females will keep to safer prey like wildebeest. 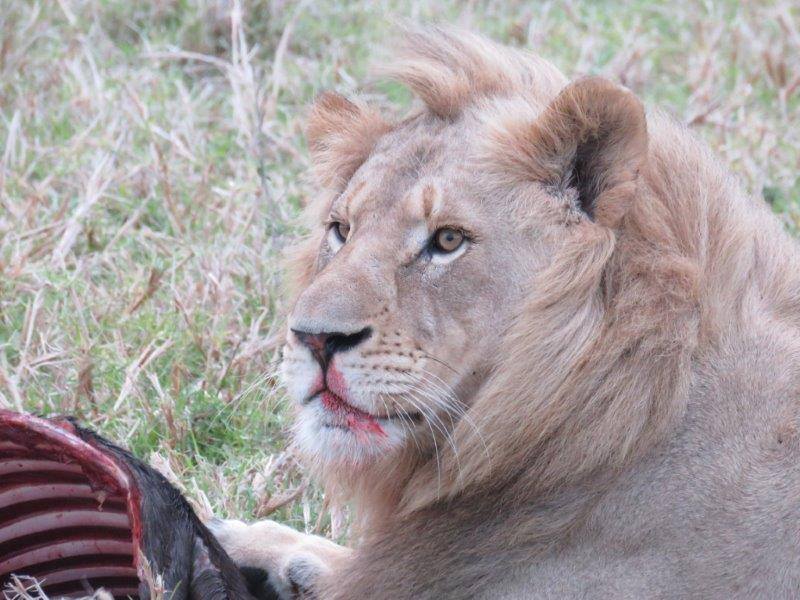 One of the lionesses and a male have been mating regularly over the past few months. Lions can court for a few weeks and mate as often as every 30 minutes. So we are hoping to see some cubs in the near future. The gestation period for a lioness is only three months and she can give birth to up to six cubs. The most common number of cubs in one litter is four. The lioness will look after her cubs for two years before she might mate again. If her whole litter dies for some reason she will go into oestrus again and mate to produce more cubs. 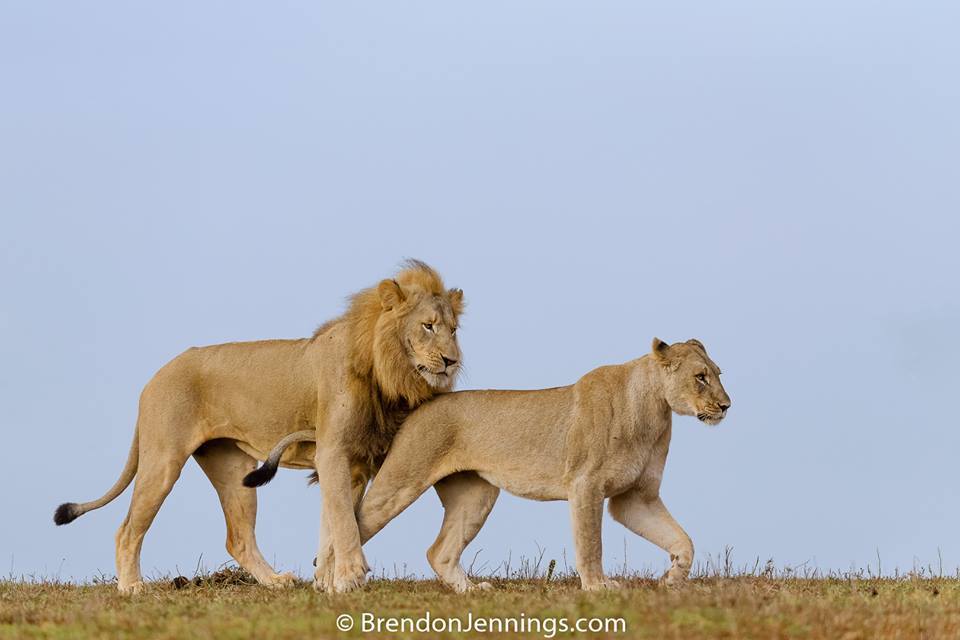 Watch the Dramatic encounter with an angry elephant and mating lions some of our safari guests were lucky enough to witness.

Did you see any lions hunting, making a kill or mating during your Kariega safari? Please let us know in the comments below or on our Facebook page, via Twitter or Instagram.